These lava beads have been charged with the incredible power of Qi by Master Sio.

They are infused with positive intentions to help you manifest whatever you wish and to bless you on your journey.

Lava Rock beads are, as their name suggests, a type of igneous rock. These beads are becoming very popular among beaders today, as they are irregular in shape with sponge-like textures, making them an interesting element in jewelry design.

Lava Rock beads are also deceptively lightweight too, so they are very comfortable to wear. And while they most commonly appear in black or gray, they can be dyed in different colors too. Best of all, Lava Rock beads are relatively inexpensive compared to gemstones.

Lava Rock beads are literally made from cooled-down molten rock (Basalt, an igneous rock). In order for rock to melt, it has to reach temperatures as high as 1,000 degrees Celsius beneath a volcano. 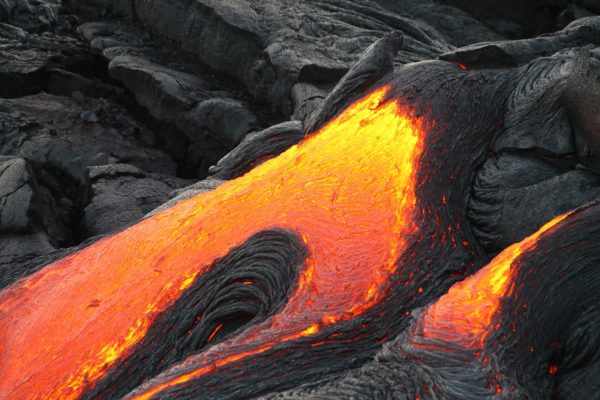 When a volcano erupts, red hot molten rock spills out of the volcano and flows away as lava until it becomes cool, solid, porous, and black.

Lava Rock itself has obviously been around for millions of years, so it has had some interesting uses over time, many of which are still used today.

Lava Rock is known for being a grounding stone, one that can balance emotions and bring about calmness and strength. It’s believed to help keep tempers in check and also help its wearer to work through problems in a logical way.

At the same time, there is a raw energy about Lava Rock, since it is born out of the fiery heat underneath the earth’s surface. This energy is said to represent rebirth or renewal. Lava Rock is known for helping to promote fertility. 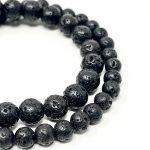 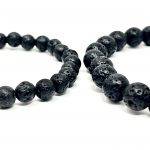 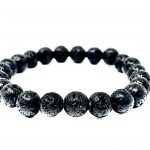 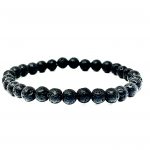 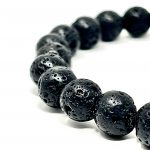 【Charged with Chi】Blessed with Master Sio’s Chi and Intentions.
【Diffuser Bracelet】Drop your favorite oil on the lava stone.
【Use for Meditation】Lava stone bracelet is an essential oil diffuser. Use it during meditation or daily use.
【Natural Lava Bead】Odorless and durable; Low density and lightweight. Can calm down anxiety.
【Gift】This bracelet is a perfect gift for family and friends. For women and men.

Subscribe to our monthly email newsletter to stay up to date with the latest news, articles and

Subscribe to our monthly email newsletter to stay up to date with the latest news, articles and stories: Disclaimer: This website does

Subscribe to our monthly email newsletter to stay up to date with the latest news, articles and